SUMMER SALE - 10% OFF EVERYTHING + Free Next Working Day Delivery*

Born in China, Birmingham based designer Fei Liu enjoyed early experiences which led him to study at the world renowned Birmingham School of Jewellery. After graduating, he went on to establish Fei Liu Fine Jewellery in 2006. He has since received international acclaim, by fusing eastern heritage and western design. Liu’s work is an expression of femininity and glamour; celebrating the individual spirit that makes a woman unique. Inspired by floral and architectural forms, his signature style is elegant and bold, whilst remaining effortlessly wearable. Liu has won several major industry awards for his work: the Harper’s Bazaar China Jewellery Designer of the Year, the Lonmin Design Innovation Award, the International Jewellery London Editor’s Choice Award, and the UK Jewellery Awards Jewellery Designer of the Year Finalist, amongst others. His work is enjoyed by many celebrities across the globe and can often been seen on the Red Carpet.
Best-selling Fei Liu 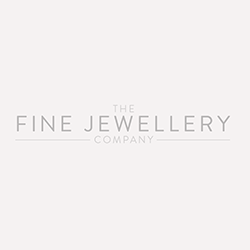 Enjoy 10% OFF
When you join our newsletter
Get 10% off
Voucher:
Shop Now
This offer excludes sale items. By signing up, you agree to receive marketing emails and to our Privacy Policy